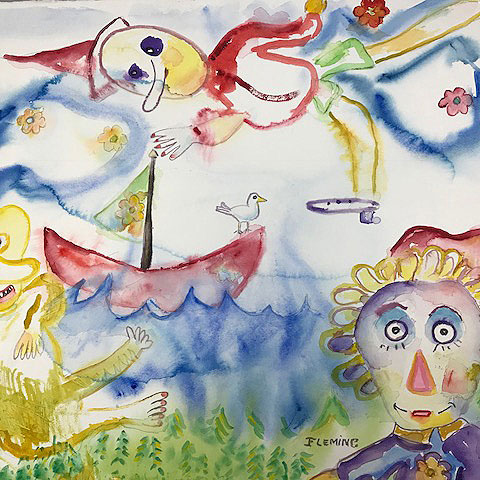 John Fleming was born June 5, 1925 and was raised in New Haven. As a young man, he enlisted in the Navy and served his country during World War II at the Battle of Omaha Beach and the Battle of Iwo Jima. After the war, he married the love of his life, Enid Wright and together they raised four children and lived a quiet and peaceful life in North Branford. 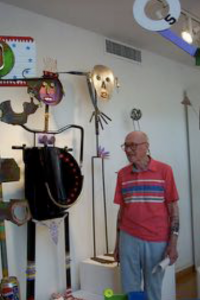 At the age of 45, John experienced a devastating accident while working as a lineman for CL & P. He broke both ankles and was confined to a wheelchair for many months. During his recuperation, he received a-paint-by-number art set from his aunt, which was the catalyst for his love of art. He enrolled in painting classes at the Guilford Handcraft Center and the Guilford Art Center and he became a member of the Madison and Guilford Art Societies. John immersed himself in his newly discovered passion for art and he began to share his life’s stories through painting, sculpture and poetry.

Once enrolled in classes, John started painting with oils, often using old calendar pictures as inspiration for the bucolic scenes he liked to paint. Soon after his retirement and a bout with cancer, his artwork went through an evolution from the safe traditional landscapes he started with to abstract paintings and sculptures. He felt inspired by artists such as van Gogh, Rauschenberg, Jasper Johns and Andy Warhol and their influences quickly became evident in John’s work.

After taking a sculpture class at the Creative Arts Workshop in New Haven, John found an artistic way to use all of the “stuff” he had collected through the years. He learned to weld scrap metal pieces together into life-size sculptures of whimsical figures. Some of his sculptures would come together quickly, but others could take up to six months, as John searched patiently for the perfect object to become a nose or body part. John continued to scavenge from neighborhood curbs during scrap metal pick-up collections looking for unique pieces of junk that he could incorporate into his work. Friends and neighbors started to bring him discarded items for his creations. He had a gift for creatively using found junk, such as garbage cans, appliance parts, garden tools, bottle tops, license plates, wheels rims to create his zany vibrant characters.

John expressed his opinions, ideas and memories about life, politics and religion through the paintings and sculptures he created. He had a quiet sense of humor and a subtle sense of mischief that he shared in the names he gifted each of his sculptures with and many of his creations often included a tongue-in-cheek sign; “My Name is Nance, I Love to Dance”, “I’d Rather Be Bowling”, “The Wal-Marts Are Coming”, “Miss Congeniality 2001” and “Act Dumb – You are Being Watched”. Some pieces made clever references to art history, such as “Dada Sculpture” and “Stop Pablo Stop”. Some made autobiographical references; “In Memory of My Blushing Brain.”

Many of John’s paintings and sculptures were inspired by his faith, such as the repurposed sardine cans that he used to paint the twelve disciples. He also created sculptures of Adam and Eve and the Garden of Eden with his junk. Adam was a clever creation put together using founds object; his face made of an old frying pan, his body adorned with a snazzy black and white striped tie and his body covered by a painted a pair of skimpy orange and black briefs: Eve’s head was constructed of a reading lamp, her chest featured a shiny red heart and there was a sprouting metal tree implanted in utero.

All of his sculptures were painted with vibrant colors and many of them had intricately crafted feet, in reference to the injury he suffered years ago. John always drove a long station wagon because he built most of them at an art studio and he had to disassemble for transport. So part of his process was to include hand written directions and sketches of how to re-assemble the sculptures. Although there isn’t an exact count, we estimate he created between 90-100 life-size sculptures.

John was an environmentalist at heart. He was a “waste not, want not” type of guy. And he saw the surfaces of many objects as a canvas. His family remembers how he would have a snack each night of peanut butter crackers on a small paper plate. When he was done with the last cracker, he would begin to sketch on the back of the plate. Sometimes it would an idea for a new sculpture; sometimes it would be a few words or sometimes it would be a tree or flower or other glimpse of nature. But most often it was a face of someone who had been featured in the ten o’clock news. He sketched with a pen or pencil, and included a great deal of detail so the faces were easily recognized. And he never tossed any of the plates out. He saved them all… for years… all neatly stacked in boxes, well over 500 of them.

John loved to eat sardines too. And he never threw those cans away either. He would wash up both the lid and the container… and then paint them with a bright colored face. They had exaggerated eyes and simple noses. Today, they are on the walls and window ledges of every member of John’s family; a quiet but constant reminder of his beautiful life.

John was a quiet and humble man who was modest about his artistic abilities. He was unassuming about the beauty of his work, and would reluctantly share a piece only when you asked him personally and directly. When John passed away in early 2013, his art legacy was overflowing. There were hundreds of large size paintings, sixty-seven life size sculptures, countless painted sardine cans and dozens of other pieces of found junk with an original touch of art; a bounty of treasures. His family had a private show of all his work and they each claimed their favorite sculptures and paintings for their own homes.

John’s art enabled him to communicate the unique stories of his life in colorful and creative ways. He expressed his views about love, politics and religion through his poetry, paintings and sculptures. His pieces are filled with wisdom, hopefulness, color, beauty and whimsy and they are all a perfect reminder of his wonderful life.

Guilford Art Center is grateful to John Fleming’s family and friends for their generosity in benefitting the Center through this work. Special thanks to: Jack Fleming, Kate Fleming, Greg Nobile, Mary Beeman, Joan Downey, and Lisa Wolkow and DeeDee Hakun (installation). 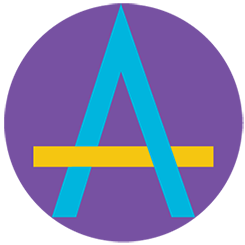 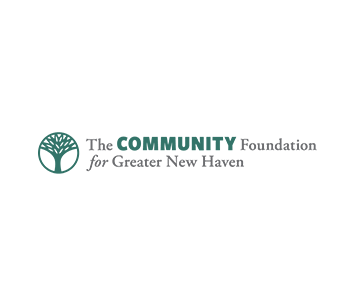 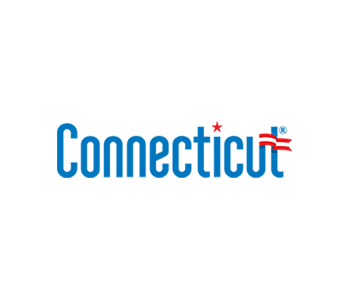 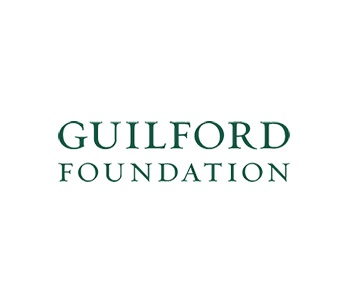